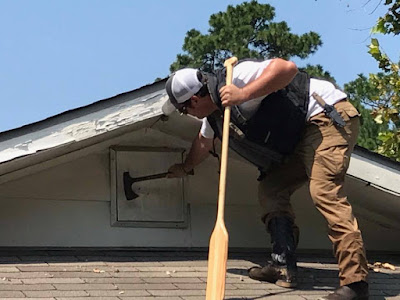 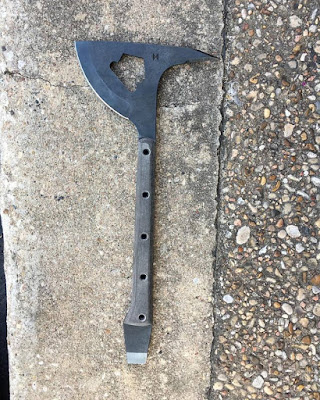 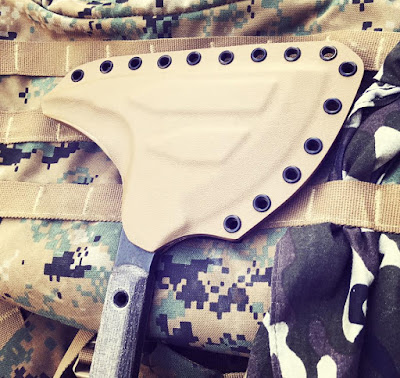 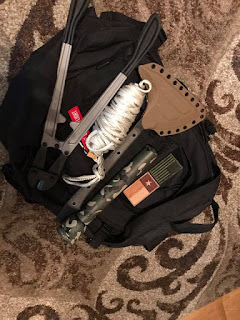 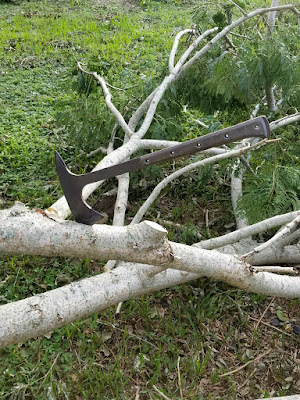 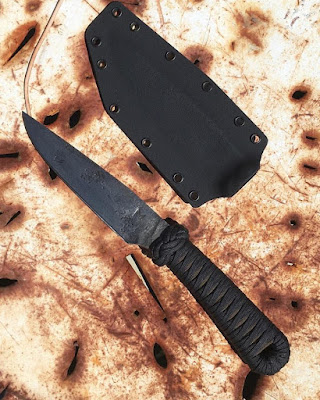 To quote Yogurt from "Spaceballs", "Moichendizing! Where da real money from da picture is made."

Color will be orange on black.

Prices, shipping not include:


If interested, send me an e-mail at helmforge@gmail.com with "T-shirt" in the subject line. Please include the number of shirts, sizes, and your shipping address. Thanks! 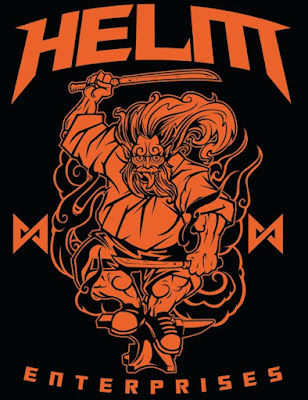 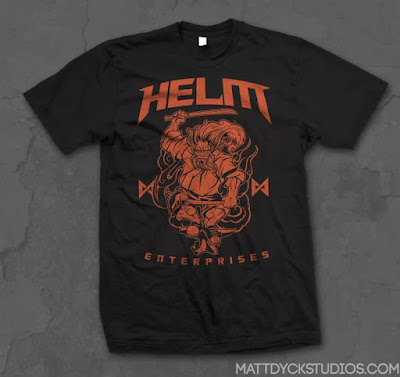 Posted by Helm Enterprises, Forging Division at 2:48 PM No comments:


Finally can post this video. Chris "hinted" too strongly that I was filming for FiF (what, a bladesmith in San Antonio can't suddenly take a winter vacation in New York just because?) so I had to wait.

Nothing too demanding, but this was on top of splitting up wood to feed a firepit for several hours and various other chores, without touching up the edge before shooting the video.
Posted by Helm Enterprises, Forging Division at 9:20 AM No comments:

I finished up a few mid-tech mini-parangs recently.  These are made from blanks waterjet cut from 3/16" thick 80CrV2, then ground and heat treated by me.  Handles are TeroTuf with flared stainless steel tubing rivets. 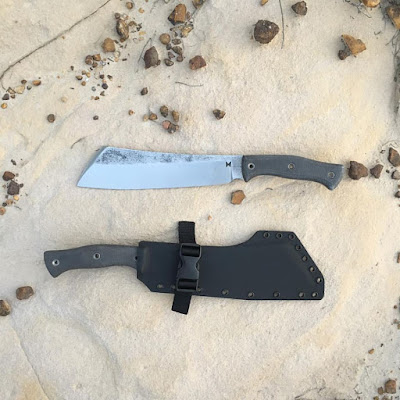 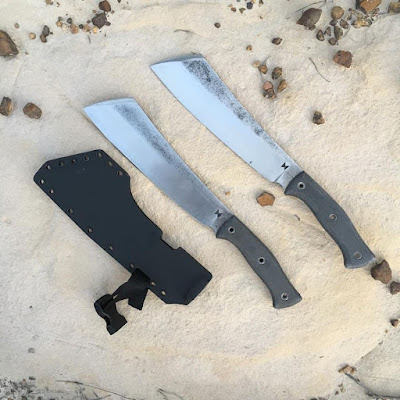 I weighed one before it went out to the customer.  21.8 ounces, or 1.36 pounds.  Not bad!  Balance feels good in the hand and the handle is both comfortable and plenty large for those of us with gorilla paws.  Lots of chopping power in a small overall package. 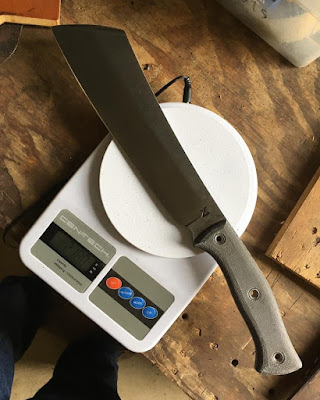 Posted by Helm Enterprises, Forging Division at 12:30 PM No comments: 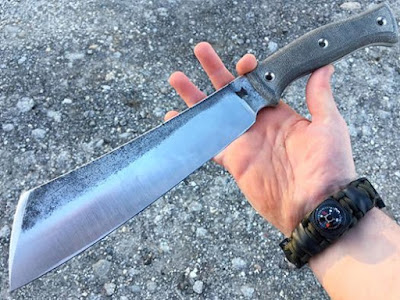