I got back from the Usual Suspect Network Gathering show in Las Vegas a couple of days ago, where I debuted the new 15" 'hawks.  I was working right down to the last minute to get everything done that I could before the show, so I left Texas without being able to take any pictures first. 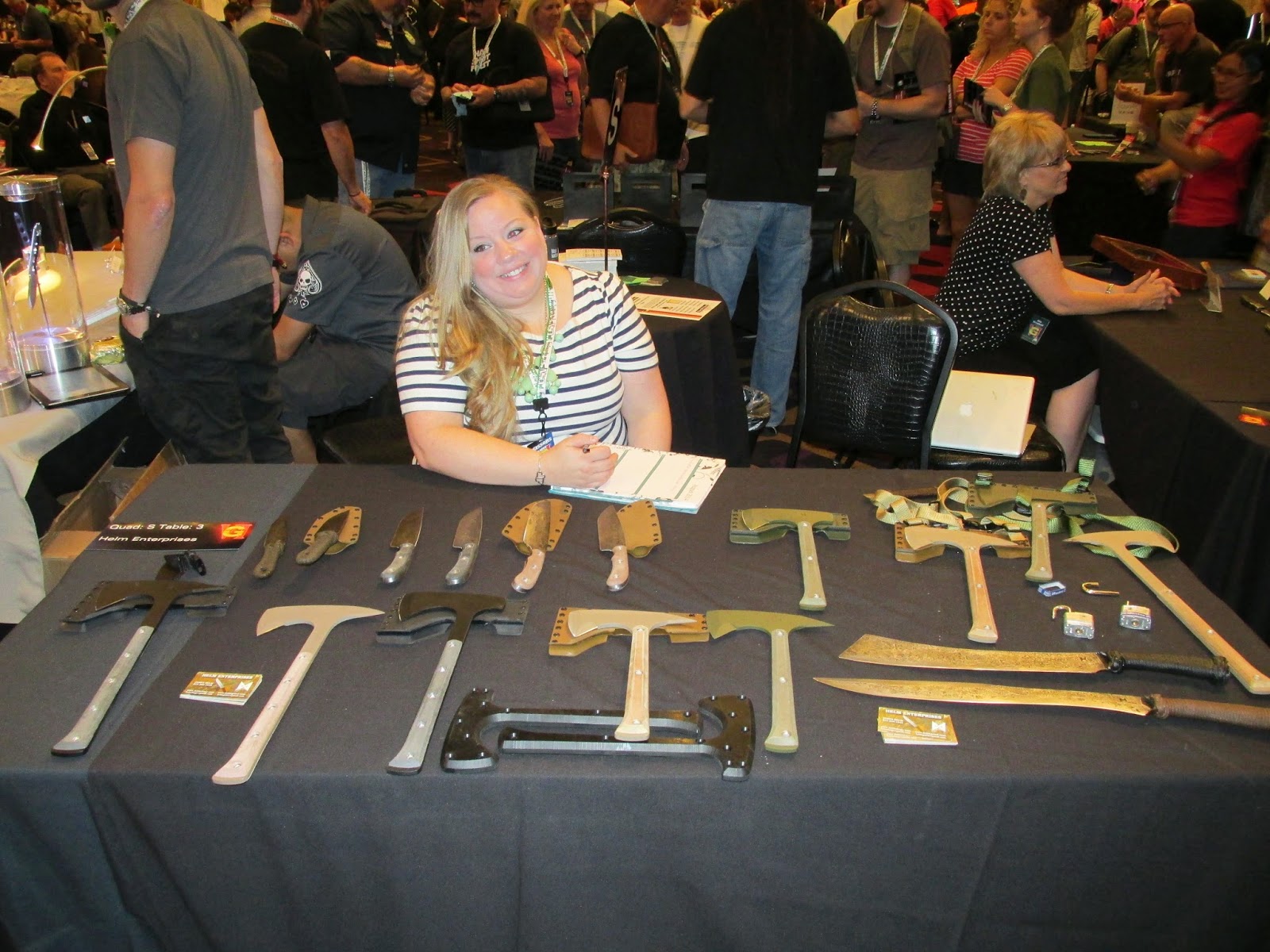 I think this was the first time that tomahawks outnumbered forged blades on my table. The 15" 'hawks lined up on the left corner.  From the left: Wrecker, War Chief, and Woodsman. 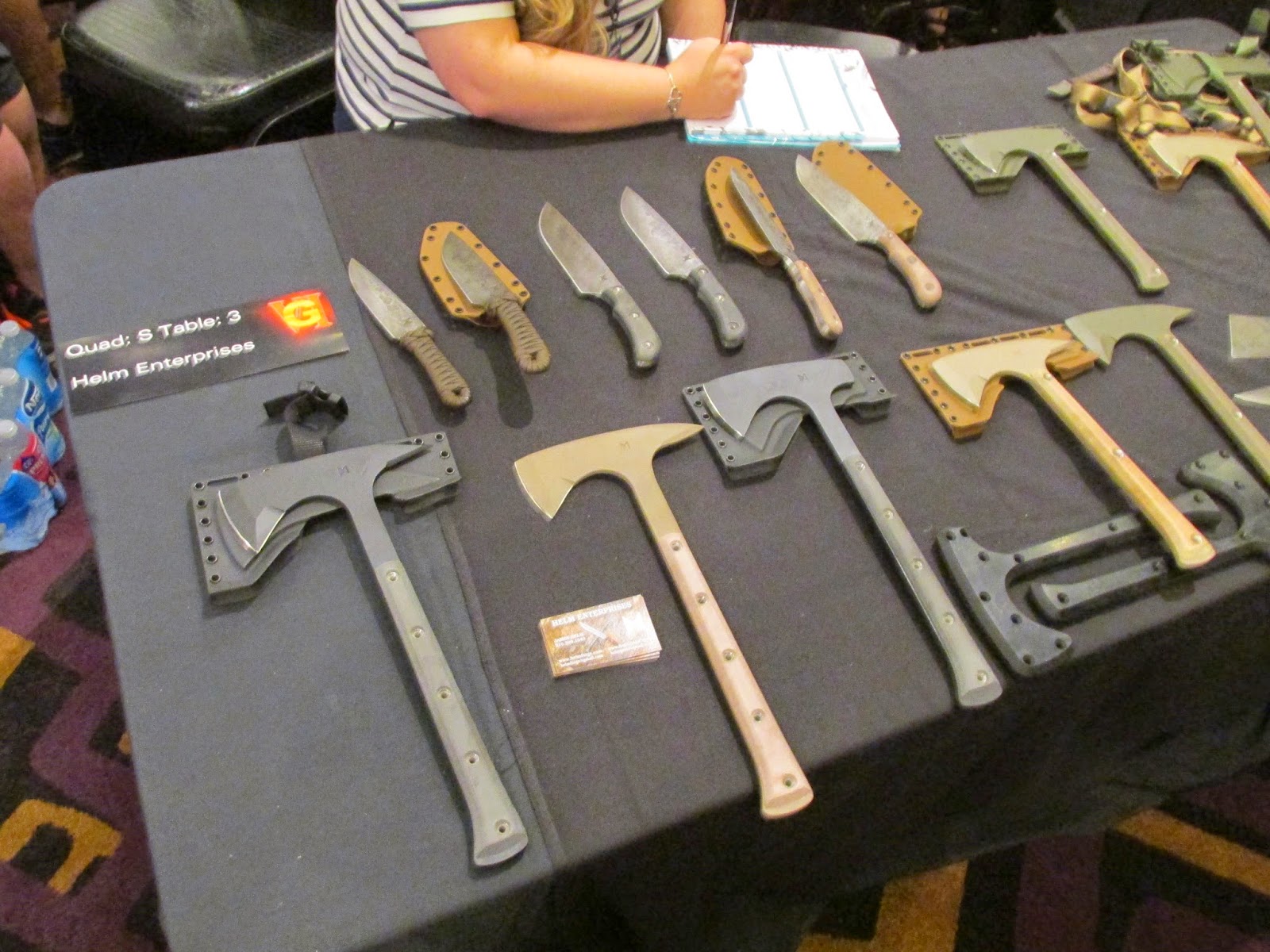 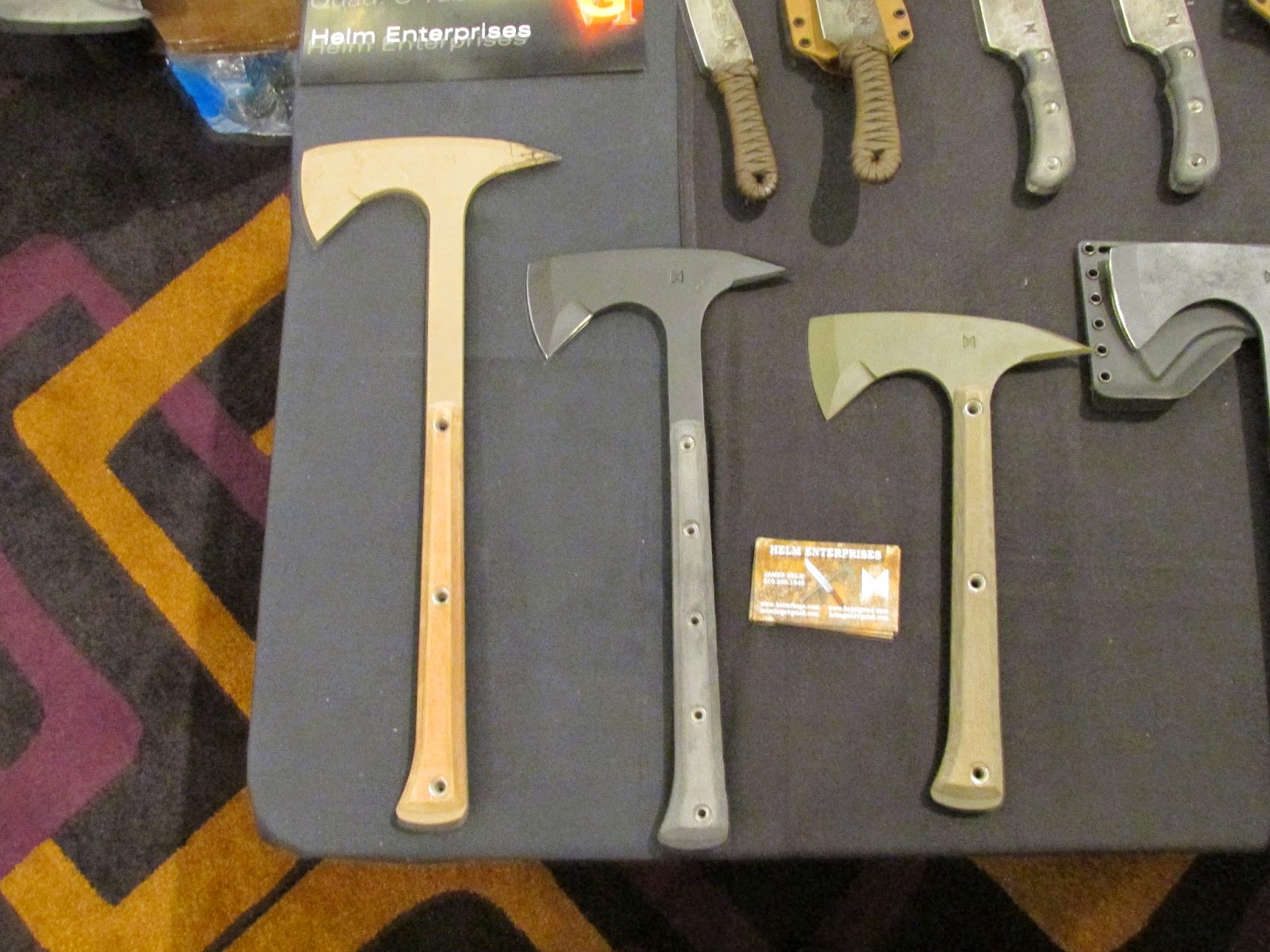 The Woodsman sold at the show, so this is the only picture I have of it finished up. 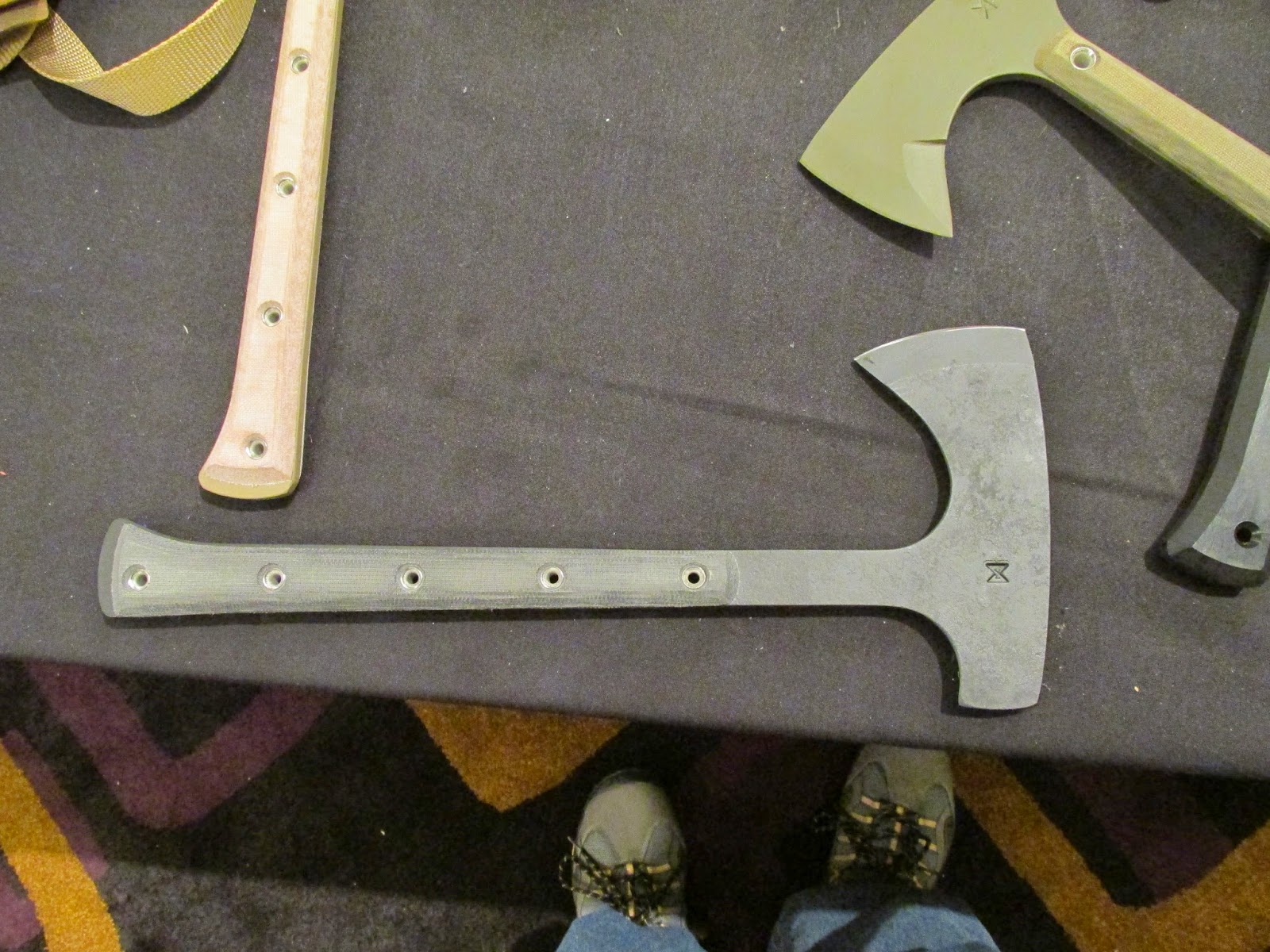 I got pictures today of the two 15"ers that made it back.  The War Chief went without a sheath, which I will see about getting built in the next few days.  The Kydex is already molded, I just ran out of time to get it trimmed and assembled. 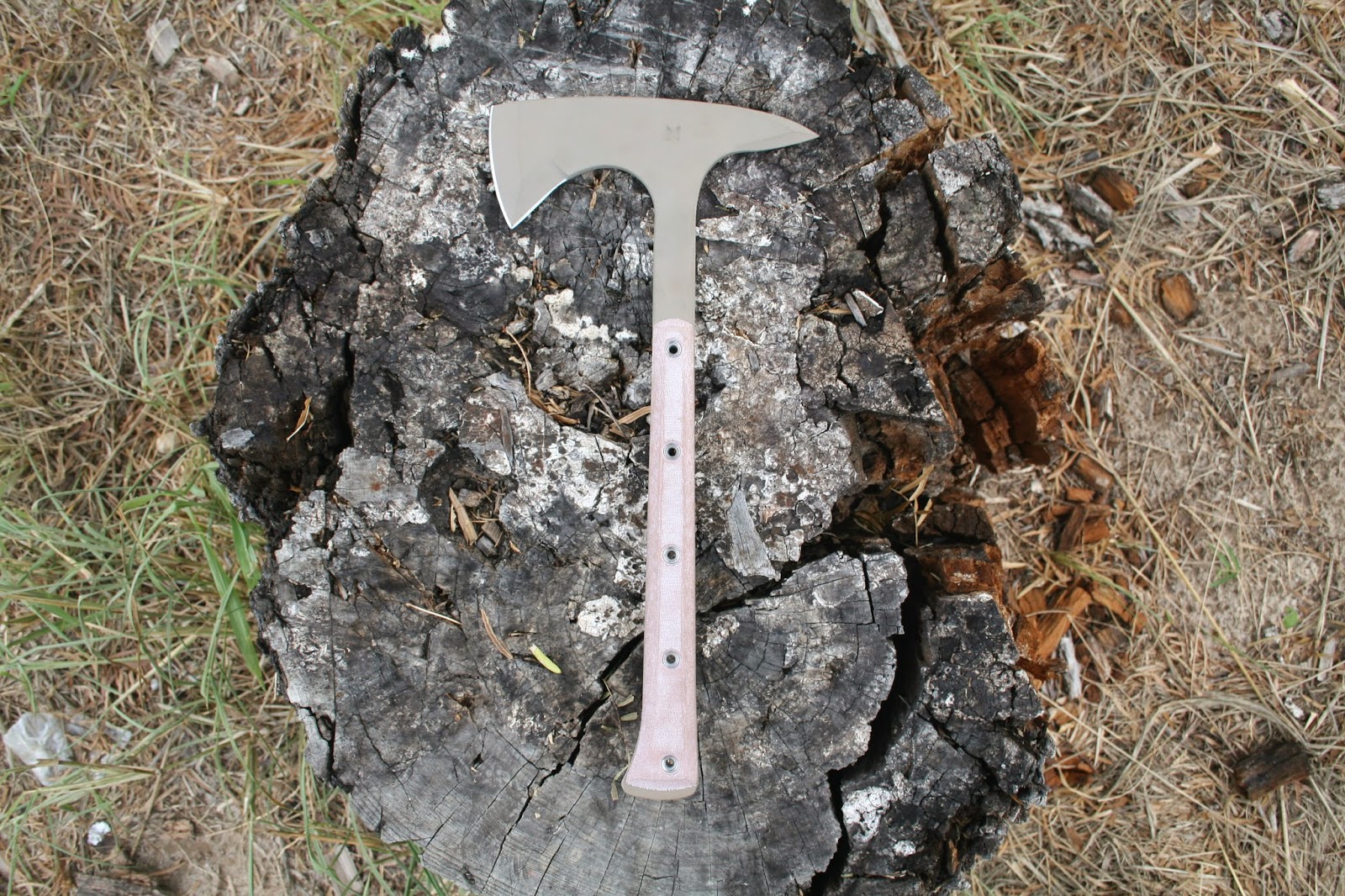 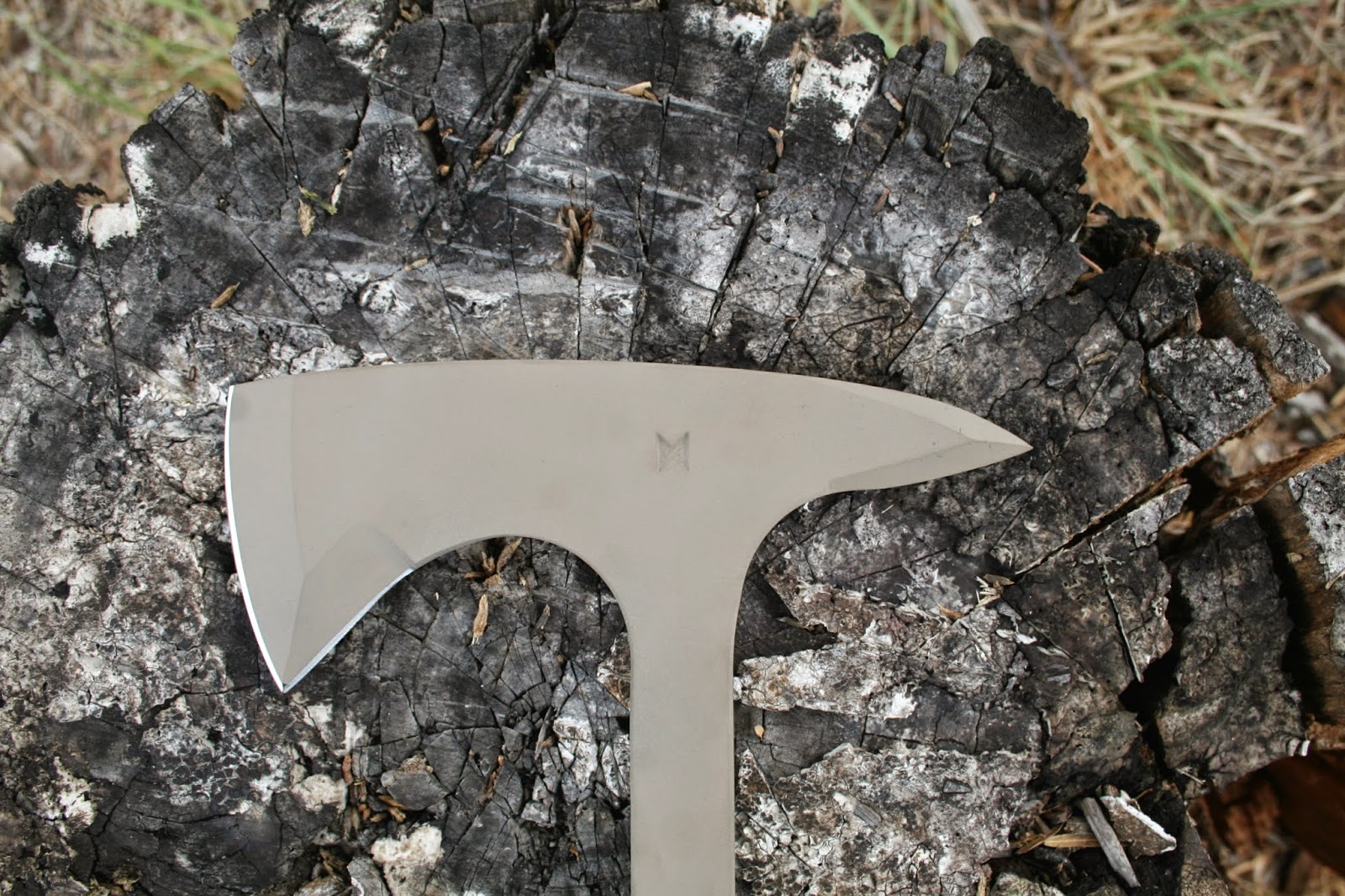 And the Wrecker, which did get a sheath in time. 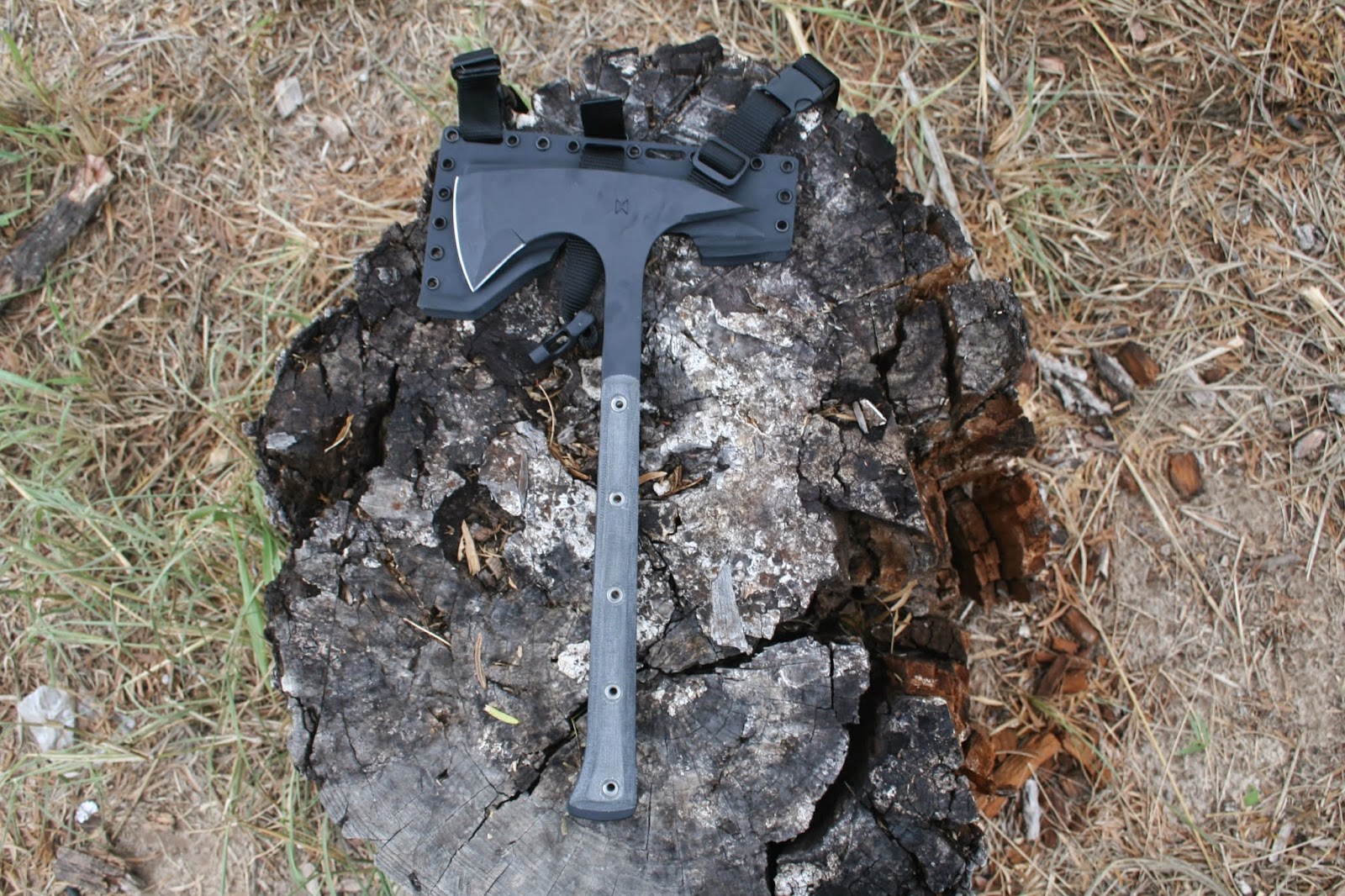 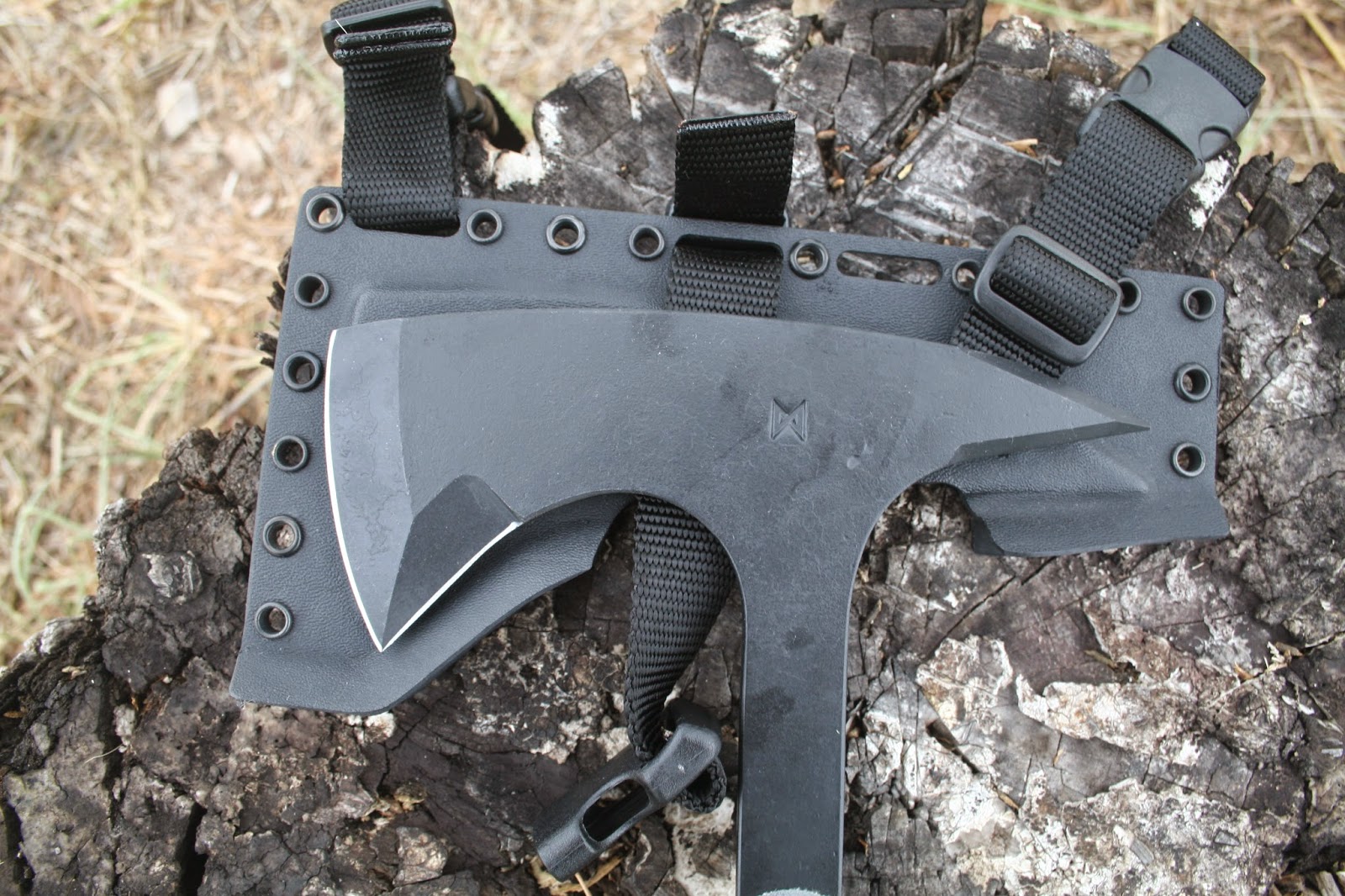 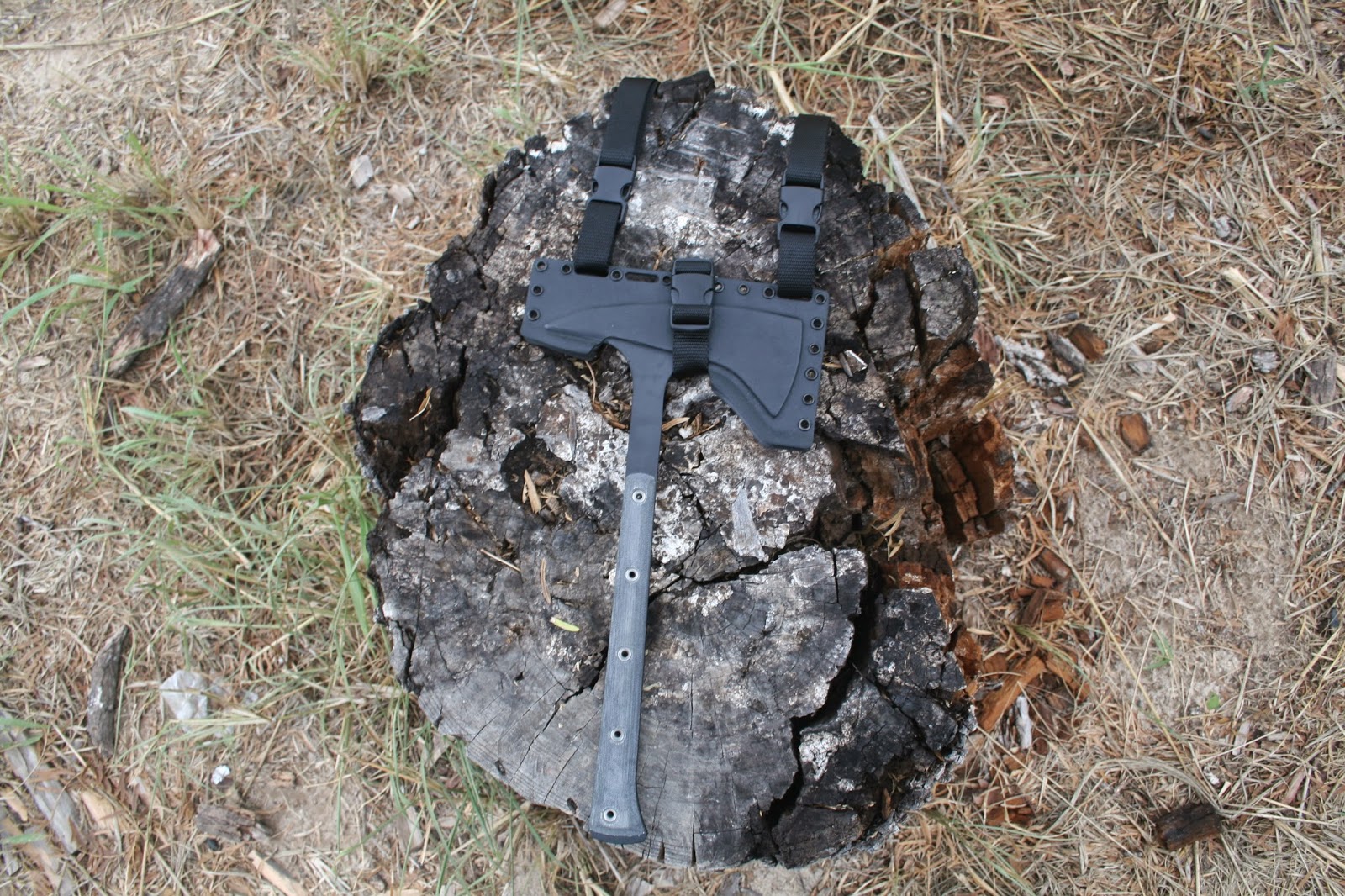 As the 15" versions are the second generation of the tomahawks, there are a few changes other than just the length.  The most obvious is that there are now five rivet holes instead of three.  The rivets are also smaller diameter tubing, though with the same wall thickness.  So they are just as strong as the larger rivets, but have less handle material removed to accommodate them.  It's also still big enough to run paracord through for lanyard options.

The handle material is a new one for me as well.  It's a composite called Tero Tuf that is similar in concept and texture to canvas Micarta, but is actually tougher and as a bonus is less toxic to work with in the shop.  I like my lungs, so that's much appreciated!

These changes will be implemented into the 18" and 12" versions as well as the blanks that are already cut get used up and the new second generation blanks are cut out.

Posted by Helm Enterprises, Forging Division at 10:34 PM No comments: